America entered WWII on 7 December 1941 against a formidable opponent. In the months following the attack on Pearl Harbor, the Japanese had swept away several Marine Corps outposts in the Pacific; and the Marine Corps was a small expeditionary force with outdated equipment and an unproven new mission: amphibious assault. However, the Marines’ amphibious assault on Iwo Jima and the hard won success of taking the island from the Japanese was a turning point in regaining control in the Pacific. As US forces fought their way across the Pacific and turned early losses into victories, they redefined the meaning of “uncommon valor.”

The gallery showcases the gripping story of the Pacific campaigns. With the help of tanks, artillery pieces, aircraft, small arms, and an individual Marine’s everyday “junk on a bunk,” visitors can see and “feel” what a Marine experienced during those harrowing days. Exhibits highlight war time innovations in tactics and equipment, special units, Women Marines, racial integration, Navajo code talkers, and the role of the Navy corpsmen.

In one immersive exhibit, visitors are briefed on their pending assault landing on the island of Iwo Jima before they board a Higgins boat for the perilous trip to the beach. Sound and video provide a realistic experience. Close by is the flag raised on Iwo Jima and photographed by Associated Press photographer Joe Rosenthal.
​
The poignant display of 6,000 Marine Corps and US Navy insignias represents the cost in human lives that were required to take that one island. This gallery honors the uncommon valor, sacrifices, and accomplishments of America’s “Greatest Generation.” 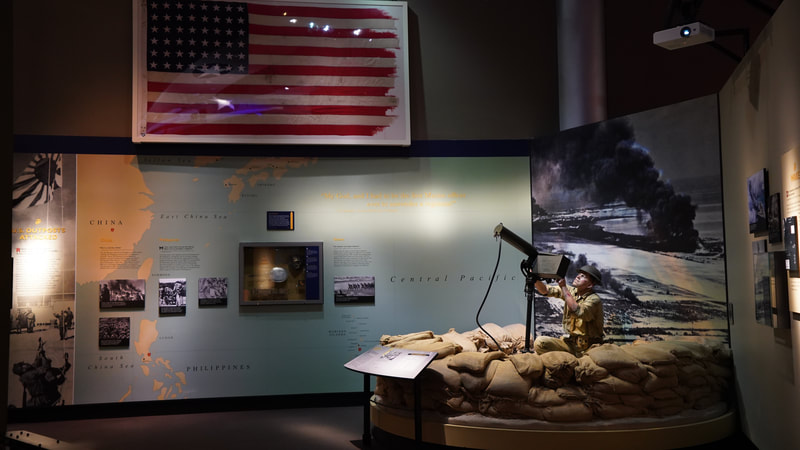 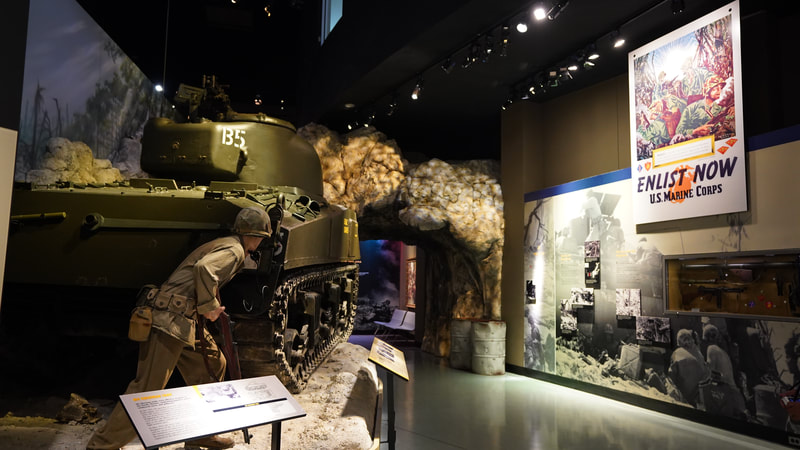 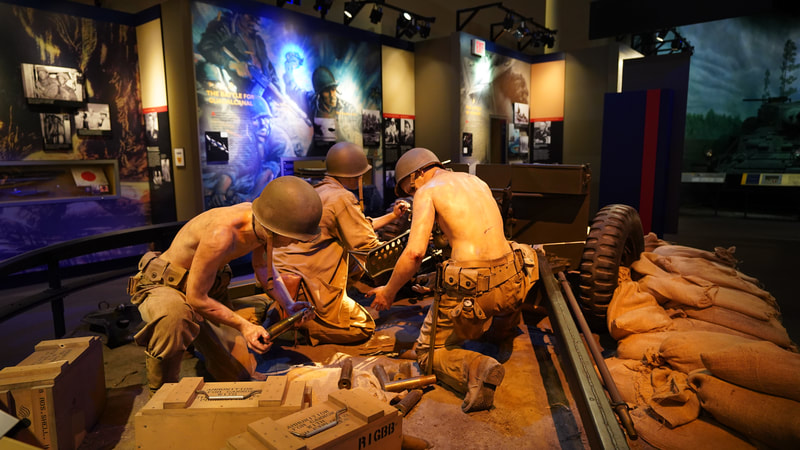