​Enter the doors of the National Museum of the Marine Corps and you enter a space that speaks to the very core of what it means to be a United States Marine. This central gallery brings to mind feelings of courage, determination, compassion, innovation, and the tight bonds that are formed between comrades in arms. The artifacts, vignettes, testimonials, and images in this space honor the contributions of every Marine.

The terrazzo floor depicts the transition from ocean to shore, representing the Marines’ mission of amphibious assault. Soaring up from the floor is a 210-foot stainless steel spire suggesting the raised barrel of an artillery piece, a bayoneted rifle, or a drawn Mameluke sword. Anchoring the rear of the gallery, a three-level observation deck and elevator tower resembles a ship´s superstructure and reminds visitors of the strong Navy-Marine Corps partnership. Portraits of eight Marines stand watch over the area; and the surrounding travertine walls are engraved with evocative and inspirational quotes.
​
The Marine Corps is the Nation’s premier air-ground fighting team, and Leatherneck Gallery highlights some of the air and ground equipment essential to Marine Corps operational success. Suspended over the gallery are five aircraft that were turning points in Marine Corps aviation: a Curtiss “Jenny” from the Banana Wars of the 1920´s; a pair of elegant but deadly Corsair fighters from World War II and the Korean War; an SBD Dauntless dive-bomber that equipped so many WWII Marine bombing squadrons; and an AV-8B Harrier “jump jet,” mainstay of Marine aviation in the late 20th and early 21st century. On the ground, an LVT-1 amphibious tractor breaches the defensive log wall on the Pacific island of Tarawa, while a Sikorsky UH-34D helicopter depicts Marines heading for cover as they exit the helicopter during Operation Starlite in 1965. 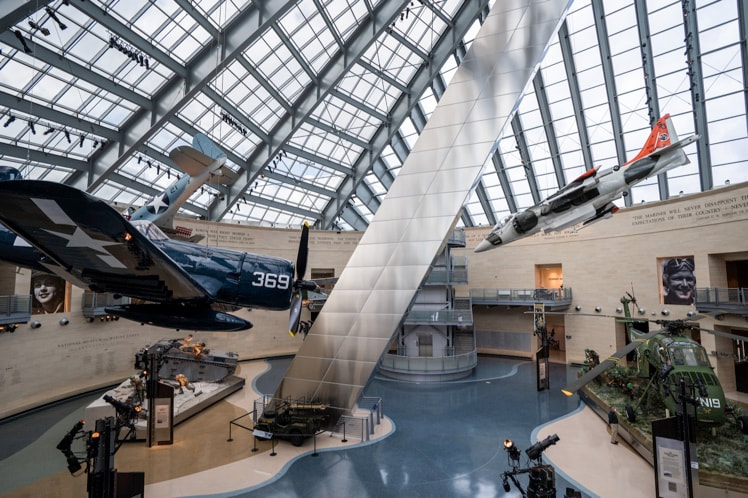 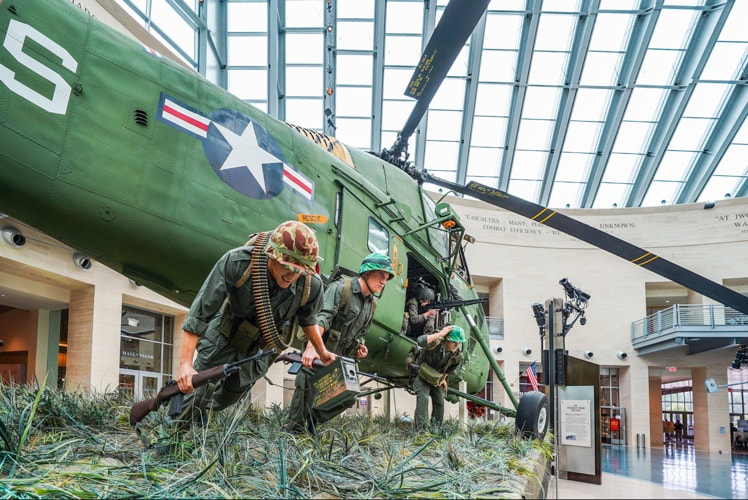 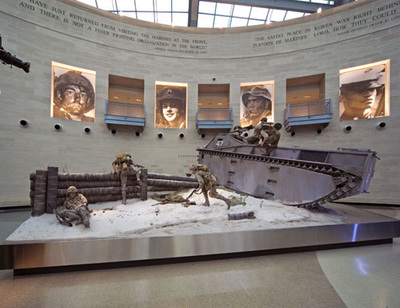 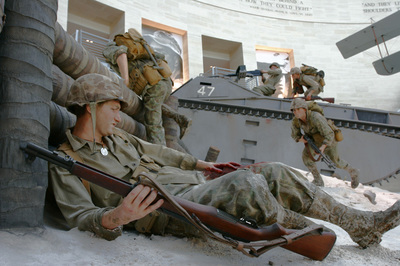 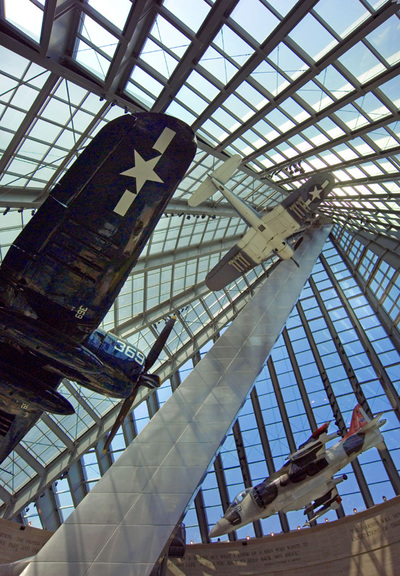