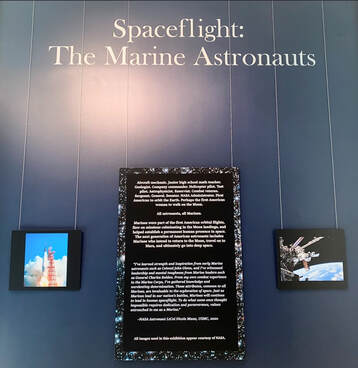 ​Take one step beyond the air, land, and sea with Spaceflight: The Marine Astronauts. This exhibit features artifacts and imagery from Marine astronauts who have made and continue to make significant contributions to the space program.

Marines have served on space flight missions since the 1960s. The accomplishments and sacrifices of individual Marine astronauts have provided substantial contributions to NASA’s space exploration missions.

The exhibition is divided into three sections that cover distinctive phases of the space program. Artifacts, imagery, and personal narratives tell stories that are literally from out of this world! Artifact highlights include flight garments and gear that were used by Marine astronauts. 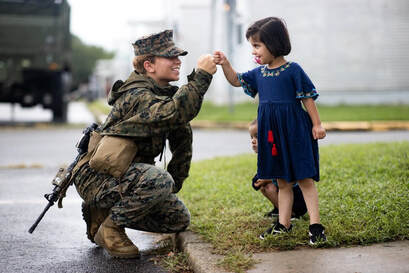 A photographic exhibit is on the Museum’s second deck corridor. This exhibit, curated by staff from the Marine Corps Communication Directorate (CD), is a collection of more than 30 images in support of recent Marine Corps operations.

These photographs—taken by both Marines and sailors—include images of Marine Corps training and exercises in support of Force Design 2030, which continues the legacy and builds on the foundation cemented by generations of Marines.

New to the Collection: Preserving the Past

A Tribute in Silver