More than 70 years ago, thousands of Americans fought a bitter war on the Korean peninsula against a very determined enemy. Known as “the forgotten war,” the battle for Korea was the first US combat action of the Cold War. The gallery describes the see-saw nature of the war’s opening battles and its gradual transformation into a static war of attrition, reminiscent of World War I trench warfare.

The Marine Corps’ involvement in the Korean War required an increase in its size, which had been dramatically reduced in the years following World War II. It also marked the Marine Corps’ first combat use of both helicopters and jet aircraft. On exhibit is a Grumman Panther jet fighter, which flew as part of the first Marine jet combat mission in December 1950, and an early Sikorsky helicopter. Other exhibits highlight the introduction of combined arms teams and flak jackets (body armor) and the expanded roles for women and minorities.

Visitors ride with Marines to the sea wall at Inchon as part of General MacArthur’s strategic end run to attack the enemy’s rear. A Pershing tank rumbles through the war-torn streets of Seoul. On Toktong Pass, near the Chosin Reservoir, visitors encounter Marines who are cold, tired, and dangerously short of ammunition. Visitors feel the cold, they hear the Chinese soldiers advancing up the snowy mountain, and they watch the Marines prepare for the next attack. It is a battle that must be won against overwhelming odds. Lastly, a sobering look at a prisoner of war (POW) cage serves as a reminder of the high price of war. 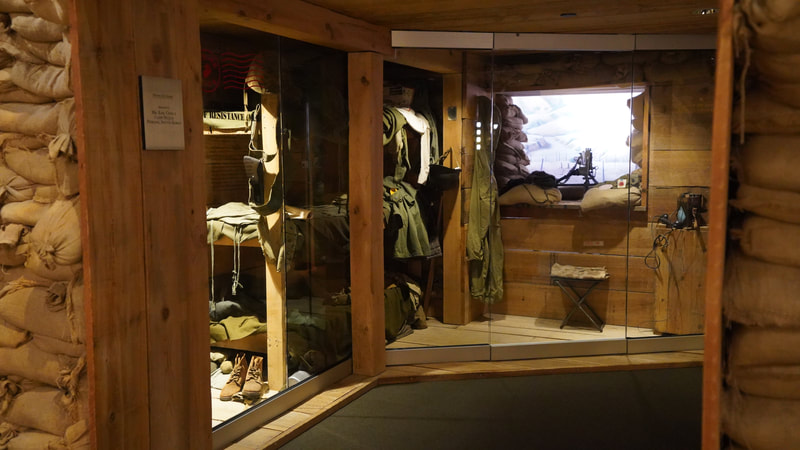 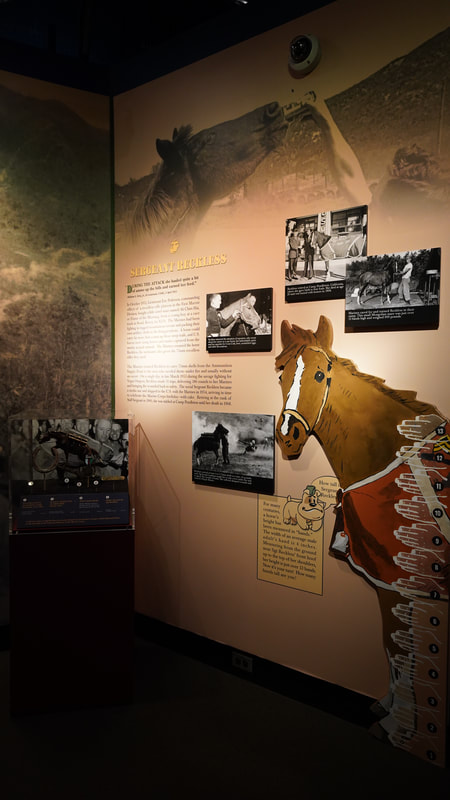