America entered World War I in 1917. This was dwarfed in size and horror any previous overseas war fought by the United States. As visitors stroll down a typical American street, they are greeted by a newsboy hawking his papers and extolling the big news: U.S. Marines are now in the fight in a place called Belleau Wood. The gallery immerses the visitor in the French countryside and the Battle of Belleau Wood. Visitors witness battle tactics—including the smell of cordite and the whistle of bullets through the leaves—used by the Marines, move through a stand of trees and into the field of wheat, and find themselves behind an overtaken German machine gunners’ position. Hunkered down in a nearby crater, surrounded by a ghostly woods, correspondent Floyd Gibbons can be found typing his report: “U.S. Marines smash Huns!” Visitors experience the full fury of the Marine Corps. The Battle of Belleau Wood lasted three weeks and, in its first bloody day on 6 June 1918, eclipsed all the casualties sustained by the Marine Corps in its first 143 years. Because of the Marines’ widely publicized achievements in France, the Marine Corps was renowned on both sides of the Atlantic for its determination, courage, and self-sacrifice. This iconic battle’s history is taught to every Marine recruit in the early weeks at boot camp.

The gallery provides additional World War I experiences through the eyes of the Marines who served.
​ 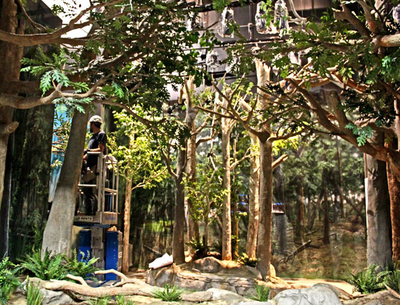 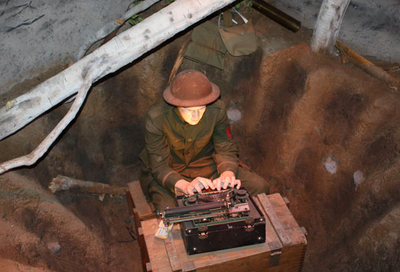 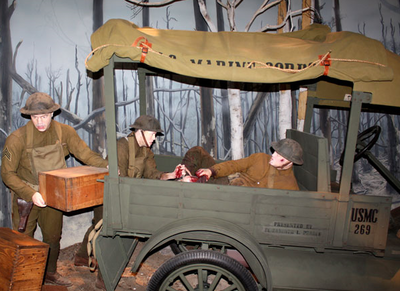 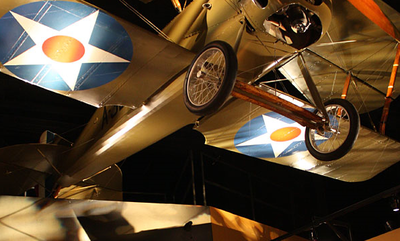