75th Anniversary of the Battle of Iwo Jima

On 23 Feb. 1945, the Marines took control of Mount Suribachi. Onlookers cheered as the assault platoon fought to the summit and raised a small flag.  Later that day, different troops raised a larger flag while others respectfully lowered the original. Several combat photographers captured these stirring events on film, but Joe Rosenthal’s snapshot of the men struggling to raise the second flag in a stiff wind became an enduring symbol of American resolve.

The battle for control of Iwo Jima lasted 36 days. The final death toll among Marines was 5,931 killed in action, died of wounds or missing in action and presumed dead — more than twice as many Marines than had been killed in all of World War One. An additional 209 deaths occurred among the Navy corpsmen and surgeons assigned to the Marines. The Fifth Fleet and participating U.S. Army and Army Air Corps units suffered other fatalities during the battle. In all, more than 800 Americans gave their lives for every square mile of Iwo Jima’s black volcanic sand.
Flag Raisings on Iwo Jima Infographic
​Download here. 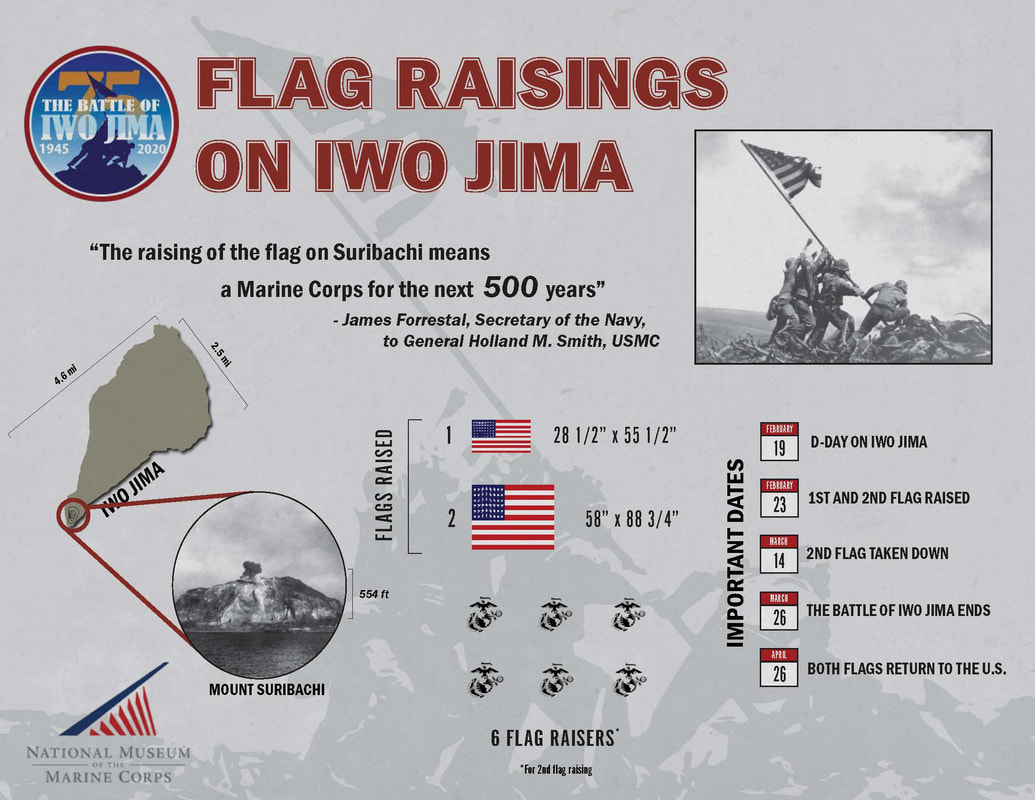